Balearic Islands flag made from 100% polyester with different types of manufacture and finishes, especially for outdoor use. 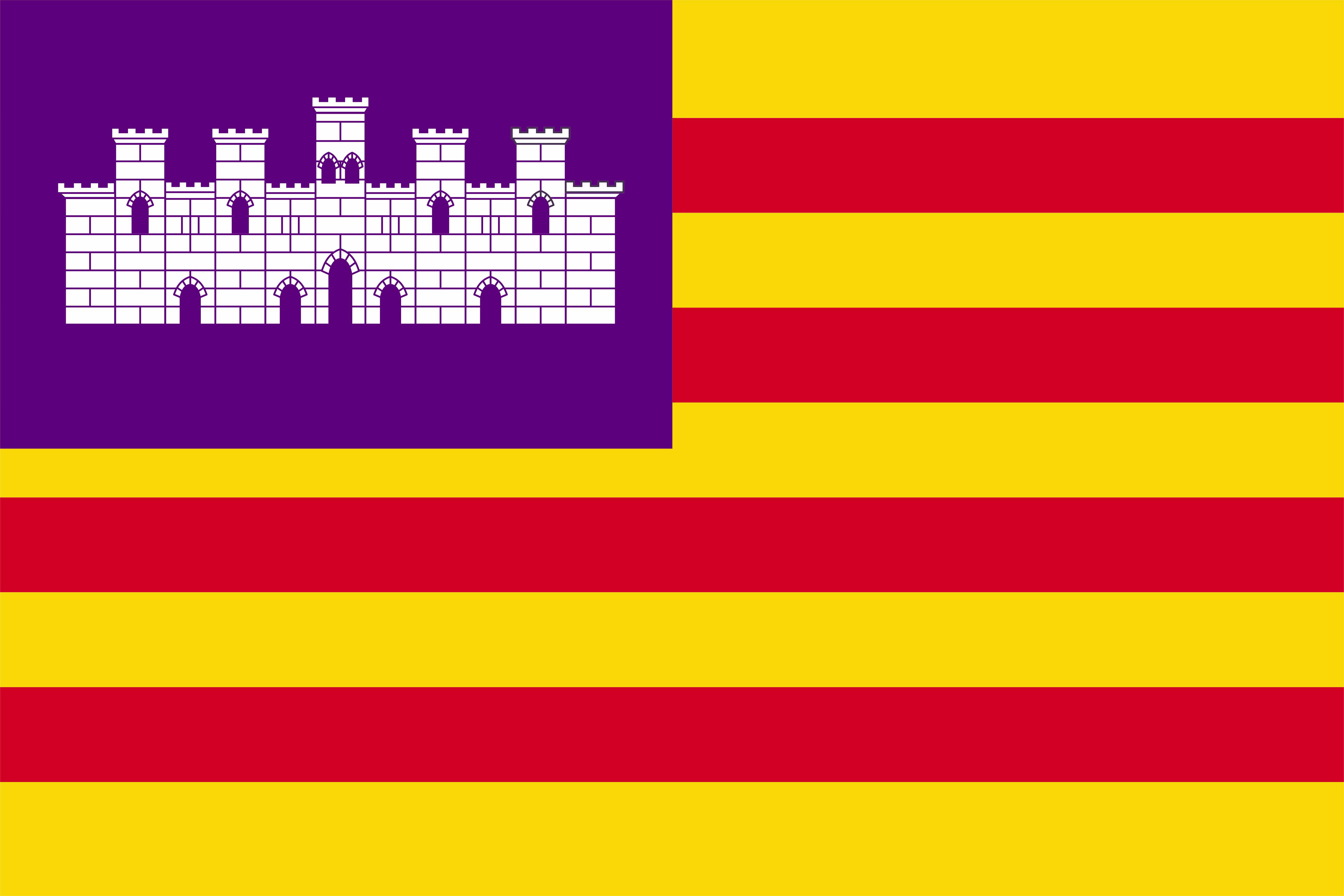 The design of this Balearic Islands flag incorporates the yellow and red stripes that symbolise the conquest of the Crown of Aragon from when the Balearic Islands were conquered in the 13th century. This is why they share a design with a very similar flag, as a result of their conquistador influence.

However, the Balearic Islands flag was often confused with that of Aragon, so they had to change it by adding a colour that would allow them to differentiate themselves when at sea and avoid confusion between boats. The islanders’ solution was to add a purple strip on the left side of the flag, within which is the Palacio Real de La Almudaina – one of the architectural features of Mallorca that has the greatest historical value.

To this day, this is the official standard of the islands as recorded in the Balearic Islands Statute of Autonomy approved in 1983 under Organic Act 2/1983 and amended by Organic Acts 9/1994 and 3/1999.