Murcia flags made from 100% polyester with different types of manufacture and finishes, especially for outdoor use. 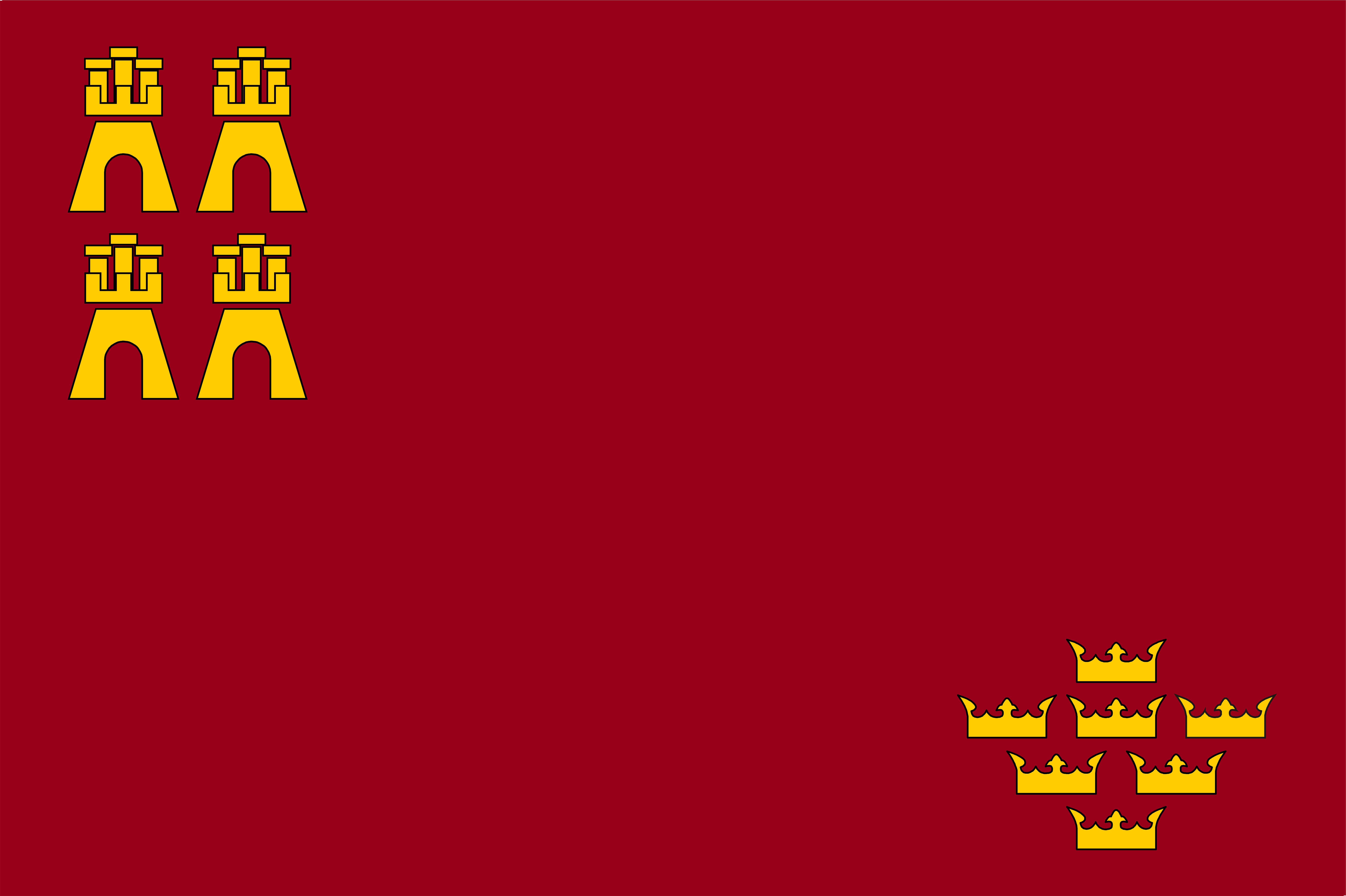 A crimson background, four crenelated castles and seven golden yellow crowns. This is the flag of Murcia – a symbol that today represents all the people of Murcia.

The golden castles in the upper left-hand corner refer to the castles of the kingdoms that bordered the Kingdom of Murcia (Castile, Valencia, Granada and the Mediterranean lands). The seven crowns in the lower right-hand corner are a tribute to the royal influence of the crown in this autonomous region.

This banner was created during the period of transition from dictatorship to democracy and it was Antonio Pérez Crespo who commissioned historians and designers to design the Murcia flag. Hence, the flag’s colour and symbols were chosen with the intention of honouring the history of Murcia.